Pics! Cassper Shares Photos Of Himself Posing With Baby Momma Right After She Gave Birth. When it was announced that Cassper was now a father, most people were curious to see his son, instead of giving people the image of the newly born he showcased the mother of his child.

Cass has always been private when it came to his relationship with Thobeka this was after he admitted to have learnt a hard lesson for involving the public on his love affairs.  After he announced the pregnancy of the KZN woman, he started going public with their relationship but has never shared anything personal.

The latest image he shared with fans online was the first after years of denying being involved with Thobeka. On one of his interviews he mentioned why he preferred keeping his family away from the media. 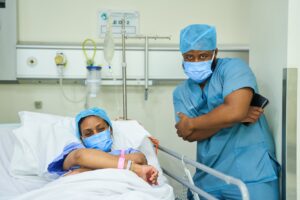 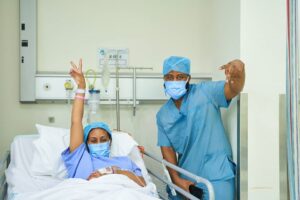