Emtee‘s Avery was released while he was still at Ambitiouz Entertainment. The album was exceptionally received by fans of SA Hip Hop. Avery is named after Emtee’s first son and features the likes of Nasty C, Fifi Cooper, Wizkid and AKA.

2018 was the year that Nasty C released his Strings & Bling album. It was his follow up album after his 2016 Bad Hair release and featured hits such as King featuring A$AP Ferg, SMA featuring Rowlene, U Played Yourself, and Jungle. Strings & Bling was certainly one of Nasty’s most notable releases.

YoungstaCPT’s debut album 3T scored him 2019’s Album Of The Year. Youngsta’s album tells a detailed story about his upbringing in Cape Town and has his grandfather assist him in the narration. Youngsta’s 22-track album has no features on it and has already been named a classic album.

Cassper walked away with the award in 2020 for his album Any Minute Now. The 21-track album features the likes of Samthing Soweto, Zola 7, Langa Mavuso, YoungstaCPT, and International acts, Bas and Anthony Hamilton. Cassper also walked away with the Best Male, and Song Of The Year Awards. 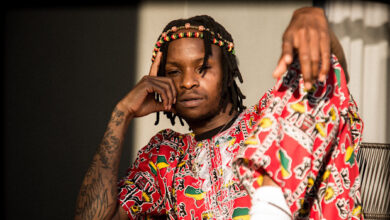 5 American Artists Nasty C Might Have An Upcoming Collaboration With