HHP’s Wife Reveals Why Focalisitic Was The Perfect Feature For New Jabba Track. To celebrate the 41st birthday of the late South Ah artist Jabulani Tsambo, popularly known as Hip Hop Pantsula aka HHP, his wife Lerato Sengadi has released a remix to a previously recorded song by Jabba. For the remix, Lerato has enlisted hitmaker Focalistic to feature on the Nkaofa 2.0 remix. The remix is produced by the icon’s longtime collaborator Thasman. Getting Focalistic to feature on the remix was an easy task, as it only took one call to convince the rapper to jump on the track.

Lerato came up with the idea to release the track and shared on social media that this was her first time, executive producing a track as previously HHP would guide her when they used to create music together. Not only is the track, Lerato’s birthday gift to HHP but it is also her way to celebrate the rapper’s 20 years in the music industry. Lerato has been entrusted by the multiple Lifetime Achievement Awards recipient in looking after his work and legacy.

Lerato has shared that when she first heard Focalistic he reminded her of Jabba and recalls thinking how great it would have been if the two could have been on a track together. “I remember hearing Focalistic for the first time & I was taken aback by how much he reminded me of Motho. I remember also thinking it would have been so dope if they could have been on a track together. When you listen to Focalistic there is a very familiar authenticity that is very reminiscent of Jabba and who he was as an artist. Focalistic’s energy is incredible, his talent undeniable & I know Motho would absolutely be passing on the baton to him. Personally, especially after meeting him in person, I know I made the right choice in this monumental collaboration. And when it came to bringing my vision to life there was only person for the job, Thasman. Thaso’s role in Jabba’s career is undeniable. The two were a power duo and a force, having created countless hits together,” shared Lerato.

Focalistic was just as excited as Lerato about being on the track as Jabba has been a huge influence when it comes to his music. The rapper credits HHP as someone who is on his top 3. “For me, this is a moment anointed by God! I used to drive a red Proton and it didn’t have a USB port or Bluetooth or AUX, it only used to play CDs. And I always used to play “YBA 2 NW” (HHP’s 4th studio album). And I’ve said from then and I say it still, HHP will forever be in my top 3 and definitely number one!” Working on music with HHP post mortem is a big deal for Focalistic as this is something he thought would never happen. “Firstly it’s crazy to recreate a moment that you never thought would happen and secondly to come out with such a beautiful song that you can be proud of for years to come, even post mortem! For me it was an anointed moment!” he added.

New Music Friday! Blxckie, LucasRaps And Kid X Come Through With The Releases

#NewMusicFriday SA Hip Hop Comes Through With The Collaborations 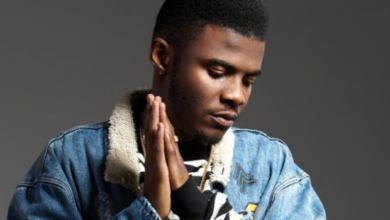