Watch Shane Eagle, Yung Swiss & Youngsta CPT’s MTV Base Cypher. The cyphers have been hella interesting this time around and this one has interesting artists in it. The rappers really went ham on this one. 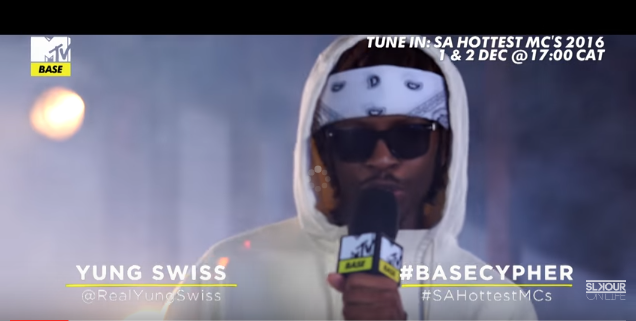 Welcome to the Golden Bars cypher with the hot kids on the block right now, Yung Swiss, Youngsta and Shane Eagle. They close off the MTV Base cyphers of this week with a bang. The flows, the pressence and the energy is just something else.

Since we’ve seen all the cyphers from last week Monday till now, they’ll keep rotating on DStv channel 322 as normal videos from here on. I just have a question though, which cypher was your favourite?