We managed to have an Interview with WTF. WTF have speerheaded the Gqom movement from day one and in 2016 we have several upcoming artists trying to sound like them. In 2015, we saw the Durban based trio release their debut album which was titled Nomusa which did pretty well in the market and some singles from the album shaking up the whole game. We managed to sit down with Durban’s finest and this is how it went 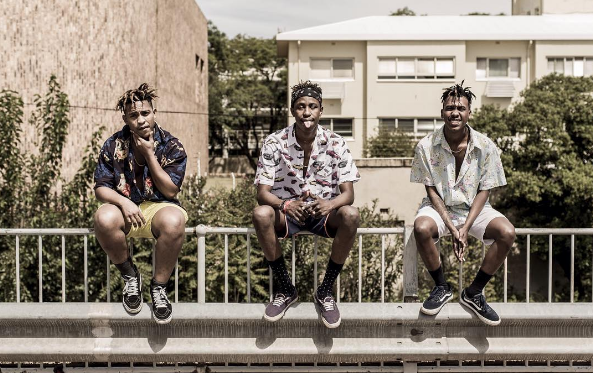 What is Gqom Trap?

Huh, Gqom Trap. Its fancy man. It’s what we wake up to, eat, and drink. It’s the sound that fuses ratchet and model c. It’s a declaration for the citizens of Ngwenya Town. It’s the trap life as you know it from abroad but communicated in a way only we in Mzansi know.

How did you come up with this sound and what inspired you to do so?

We knew we wanted to create an identity truly unique to South Africa, and a sound that represents us and the youth in a whole. We sanctify ourselves through life experiences, and those around us, and then encapsulate all the feeling, the soul, and the grove into the package. Aux Cable came with sound. Ef.El.Ow came with the flow. Mosh comes with the shine.

How did the name WTF come about?

I was walking in the street, late at night, coming from a day job. Then I got a text coming from Charlie, saying that “College Boys” (our previous name) has fallen, it’s been taken by some group in the states. So at that exact time, God whispered this to me: “WTF?! The world is not ready to Witness The Funk.” – Moshine

When was Witness The Funk formed and how did you all meet?

Previous to the current act, Witness The Funk had formed in 2010, and disbanded amicably with two of its founding members –Muzi [the robot], and Sanele- at separate times along the way. As an official entrance to the hip hop scene in 2010, and birth of their cultural identity, Witness The Funk released a Mixtape titled “The Pursuit” – A reputable, “underground” debut feat decently explaining the group’s roots to its audiences. The mixtape had an offering of hits – some collaborated with Durban rappers; Dash (Dreamteam) & Breeze (Trendsetter). Soon after, Aux Cable and Moshine met Efelow at a hip hop show in Durban. They had last worked on the WTF project a year prior to meeting Efelow. Soon thereafter, the brand new group was writing and recording day and night throughout work and school holidays so to mend into a flourishing powerhouse in their local city, and eventually blowing into the mainstream for the entire nation to witness

Where do you draw inspiration from?

Everything, this entire vibe, what we are now and our stories… All the tracks symbolize the circumstances and experience in which our project are made

What inspired your hit single uSbusiso?

The artwork for the new track is full of imagery of the very words we speak of in this highly infectious hook. We are living in a time where indulgence & debauchery are at the centre of a relationship is fast getting a cult following from women and men in our society. The men are called “Blessers” – these guys are high rollers, the ballers, with all the money in the world to sort most of your problems out, amongst other less important qualities to the quick-scanning Croc eyes. Of course, the Blessers live at the most sought after addresses in the country, and they are known to spend racks on racks on racks to court their potential companions in the hope of winning their attention, affection, and even love.

What inspired the uSbusiso artwork?

The mansion and the Ferrari with 4 pipes in the artwork refers to DJ Tira’s bridge where he reflects on the high-rolling Blessers lifestyle – from the Blesser’s point of view. The Blesser boasts about his spending ability, and that highlights the Blessers entitlement

and pride in having achieved in life, and the reckless spending of their hard earned money on anything they want. Because they can.

The crocs: this is basically referring to the women attracted to this fast, extravagant, give-give life – for the sole purpose of the benefits. Blessed girls are wowed not by the person courting them, but by their mansions, fast cars and anything under the sun that can be purchased with their big money. The crocs are compliment the Blessers in pursuit of a fast, materialistic, high maintenance life. We’re seeing it all the time, it’s crazy, it’s funny. Being amongst and seeing this lifestyle everywhere we go is interesting, and exciting. Except the leash part – Blessers are known to be quite controlling as well, amongst being so giving. The fast-life, high maintenance crocs end up being under a spell of abuse.

Who makes the Gqom sound?

Gqom is very inherently a Durban sound, pioneered for Durban youth, and we are so happy that it’s also penetrated and influenced mainstream sound. We are happy to have been insured by Gqom pioneers such as Rudeboyz, Destruction Boyz, Infinite Boyz, and Sparks Bantwana.

What can expect from WTF in the second half of 2016?

We’ve been working very hard, studio day and night, meeting after meeting, to bring our fans the best only! We are the biggest hip hop group in the country and possibly the continent, and any doubt about that will be settled in the next few months. Being independent, our company strategizes and implements everything WTF you see. So everything is us, there won’t be restraints on our creativity. It’s been a while since we’ve released singles and music videos, and our fans have been begging for more GqomTrap. Recently we released our first single from our exciting upcoming project, #NgwenyaTown. The single is titled “Usbusiso (Blessers)” – we just finished shooting the music video for it and it’s looking out of this world! Fans should look out for more singles before we drop the album, towards the end of the year. We are also launching merchandise and doing a nation-wide tour in the second half of 2016. Fans can find out more from us by following our social media pages.

It’s very diverse, it’s grown from how it was before – we’re seeing a lot of growth, and it’s influencing a lot of the mainstream sound. There’s so many unknown upcoming cats that are next here. Some of the biggest hip hop acts in the country are from here.

What do you think can be done to improve SA Hip Hop?

If only our local artist try really hard in creating their own sound, rather than trying to sound international acts, or trying to sound like other local acts.  Our artists are too easily influenced by what’s trending. We are all about new ideas, new sounds, and we feel like everyone could learn from that.

Which one artist would you love to collaborate with and why?

We have collaborated with most of SA’s major artists, and we cannot wait to do so again. The collab wishlist currently is Wizkid. His power moves are undoubtable right now, and he’s putting Africa on the map. We want to create a truly African sound that resonates with the entire continent, and unites us all.

What are your thoughts on the current state of S.A Hip Hop?

It’s the fastest growing music movement in the world right now – there’s so much energy and everyone is really putting their best work out there. This makes things very promising for the music business in terms of growth and opportunity, and for aspiring artists that we are paving the way for

Which artists are you currently working with?

Well, we are working on our album, Ngwenya Town, and it’s a star-studded cast. Expect to hear WTF collab with DJ Tira, K.O, AKA, Emtee, Big Nuz, Gemini Major. 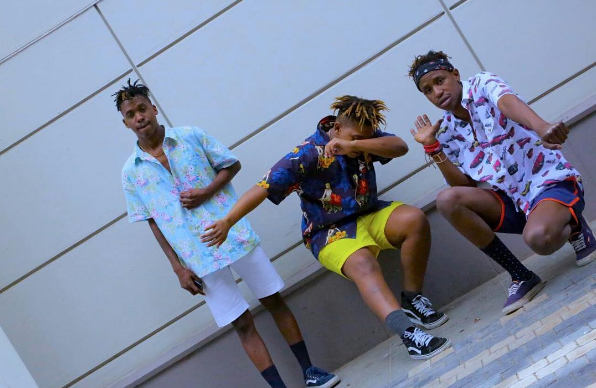 Any words of wisdom to up and coming rappers?

Learn the music business in and out, network all over, and start small and grow your army of fans, and lastly do you!

Connect and engage with WTF on:

For Bookings, features, and appearances: book.witnessthefunk@gmail.com